Some examples of a year's work, most recent first: 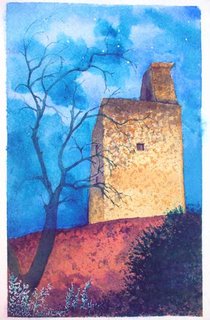 Second attempt at the Tower at Night - Nov 2006 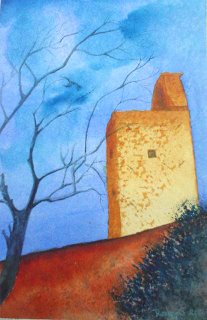 First attempt at the tower lit at night above our garden. Nov. 2006
(looks more like daytime in Central Australia!) 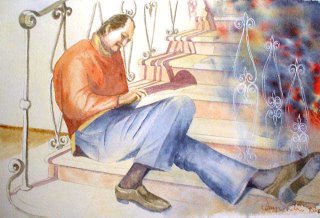 Stephen on his first sketchcrawl in CF - October 2006 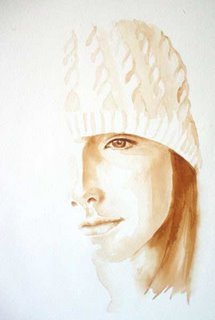 Almost Darcy - a watercolour from a photo by Sally - August 2006 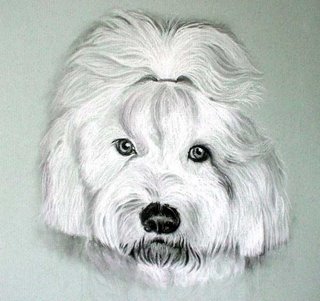 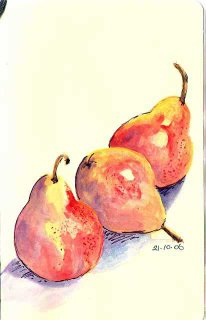 Pears - It's difficult to paint in my Moleskine sketchbook. 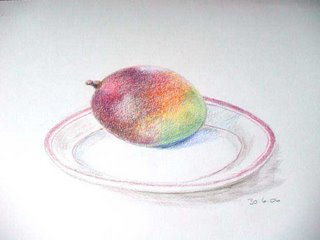 Coloured pencil mango - the only one I've had since we've been in Italy! 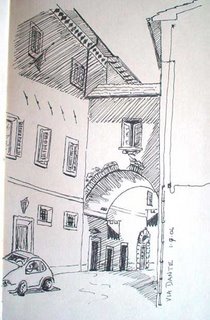 My first sketchcrawl - on my own! 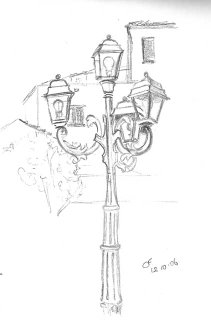 I've been having fun sketching around CF. 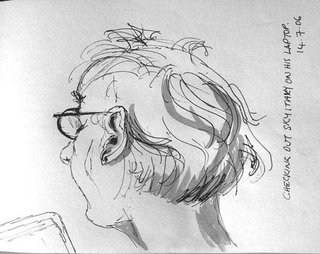 A quick sketch of GWK that pleased me. 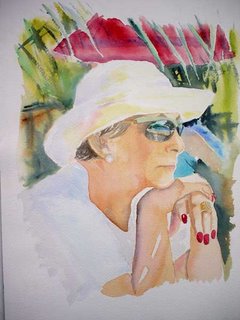 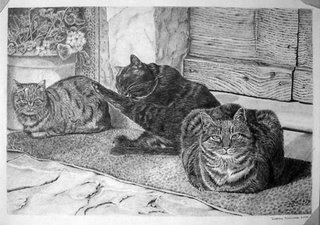 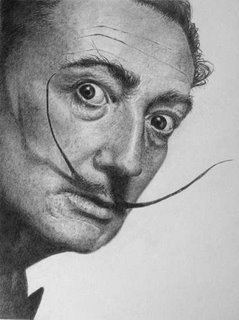 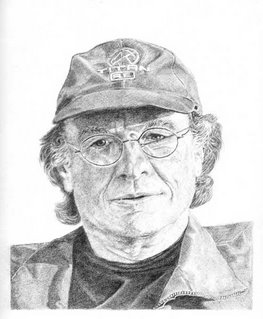 GWK - my first graphite portrait attempt Feb. 2006
(told him it was for the dust cover of his book - whenever that is!) 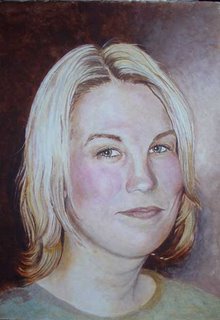 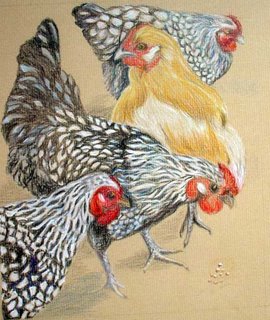 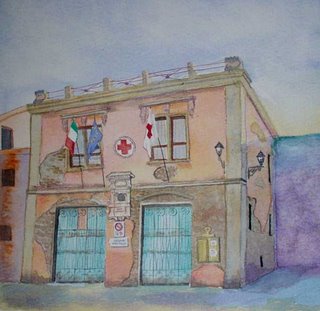 Well I certainly don't get any prizes for maintaining a Blog! There have been many distractions, not the least the decision to extend our planned two year stay and the purchase of an apartment. The garden apartment in the historic centre of our town had 'absolutely nothing that needed doing'. If you believe that, you'd believe anything! So, many builders, plumbers and evaporation of money later, we are comfortably at home here.

Not a great deal of art has happened in the last year. I was trying to conquer watercolours but then decided I needed to improve my drawing, so that set me off on another path for some months. Now I'm back to the watercolours. The paintings and drawings above just about bring my artistic journey up to date. Photos of the apartment will follow in the near future.
Posted by Robyn Sinclair at 2:37 pm 3 comments: