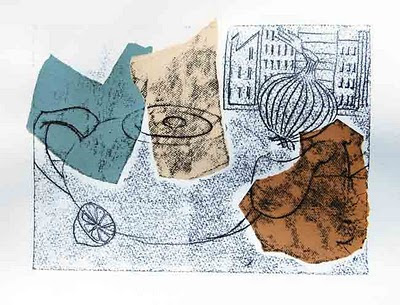 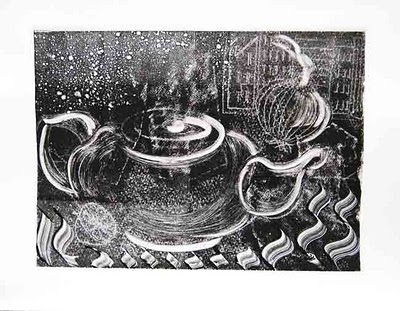 Trace monotype is an excellent process for anyone who wants to try printmaking but doesn't have a press.

For the first print I pasted some pieces of different coloured paper on to my printmaking paper then I rolled oil based etching ink (your can use linoprint or other relief inks - water-based or oil) on to a piece of plexiglass of the size I wanted the finished print to be. I then laid my paper face down on the inked plexiglass plate and used a graphite pencil to sketch a still life from objects lying around in the print studio. I then peeled off the paper and there was my print on the back of my sketch. I love this method because the marks are so much more painterly than I can achieve drawing and my work is much looser because I don't get hung up on the drawing.

I was about to clean the ink off the plexiglass but I quite liked the ghost left on the plate by the pressure of the pencil through paper so I strengthened some of the marks by removing some ink with a brush or a cotton bud; sprayed a little mineral spirits for added texture and ran the plexiglass plate and a damp piece of paper through the etching press. Two prints for the price of one!
This blog has been rather neglected for the past months but I always appreciate your visits and comments. Thank you. 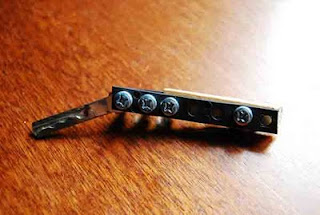 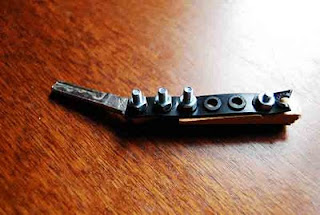 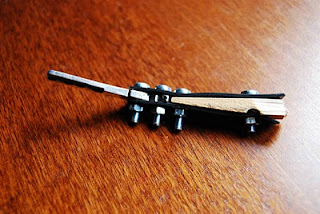 Living as we do in a little Italian medieval hilltop town where attacks by the walls of narrow streets are par for the course, one doesn't invest too much in a car. Our second-hand Mitsubishi Space Star was only meant to see out our planned two year extended holiday in Italy. Five and a half years later, Space Star isn't a pretty sight but a more loyal and reliable motor you couldn't find.

Space Star only came with one key, the rubber head of which was already perishing. Over the years it's been patched with Superglue but it finally lost its head entirely the other day.

HWEM loves a handyman challenge. My suggestion was a novelty eraser with a slit cut into it, into which could be inserted the wrong end of the key and a generous dab of Superglue. HWEM opted for the Hardware Shop Solution.

Do you think Tate Modern would be interested in acquiring the result? Or perhaps Mitsubishi would like it for their motor museum.

Anyway HWEM headed off a little while ago to take Space Star for a spin with her new key. He's just returned. She won't start. There is obviously a limit to what Space Star will tolerate.
Posted by Robyn Sinclair at 11:48 am 11 comments: